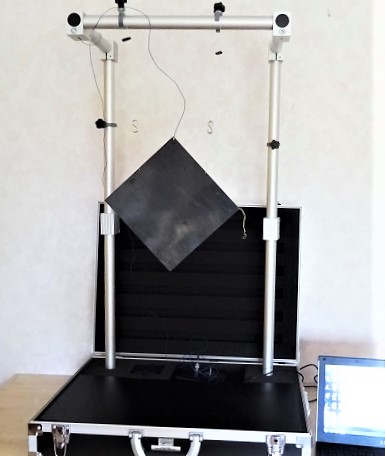 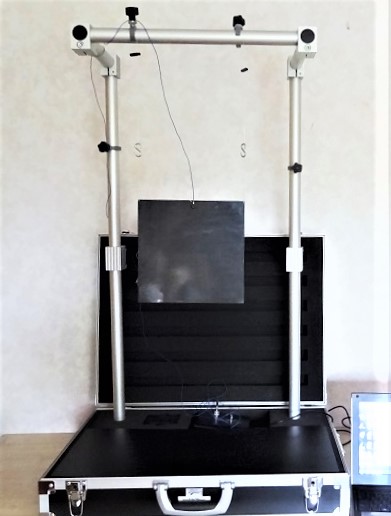 An example of how the frequencies of a plate can be measured is given: Measurement Procedure Example

The measured frequencies for the square PVC sheet are:

The measured damping ratios for the square PVC sheet are:

After measurement of the frequencies, the position (nodes 65, resp 68) and mass of the accelerometer (0.0005 kg) and input of the geometrical data of the test plate, the general data screen of the Resonalyser program looks like: 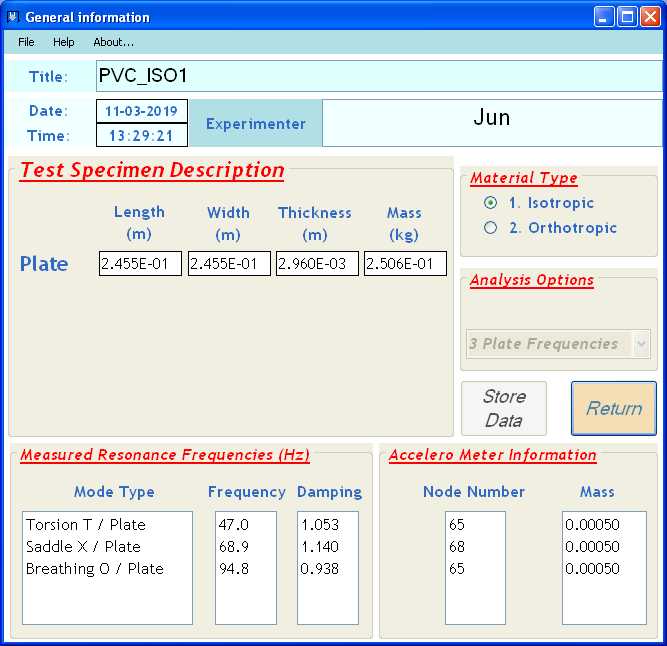 The figure below shows a screenshot of the obtained result screen for the PVC plate with the Engineering Constants E (Young’s Modulus), v (Poisson’s ratio) and G (In-plane Shear Modulus), the plate rigidities D, D12 and D66 and uncertainty bounds on the identified plate rigidities. The plate rigidities for isotropic materials are (t = plate thickness): 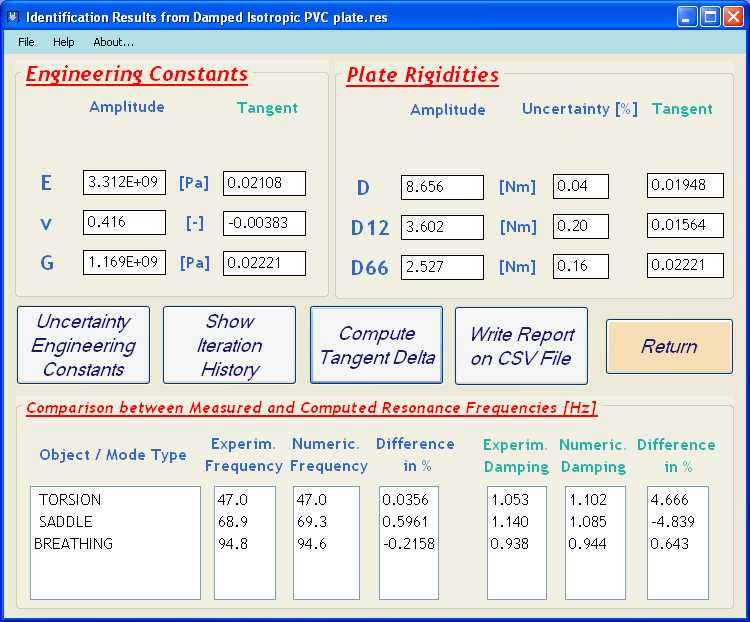 The computed uncertainties on the plate rigidities (and hence on the Engineering constants) are very small. This indicates that the quality of the used test plate was very good. A summary report of the data and the results is automatically stored in a .TXT File. Because the plate rigidity D of an isotropic material has the same in all directions, a square test plate qualifies as “Poisson plate”. The report file for this example is given below. It can be seen that the Experimental frequencies and the Numerical frequencies match well. This indicates that the quality of the test plate is good (homogeneous material properties all over the plate area).