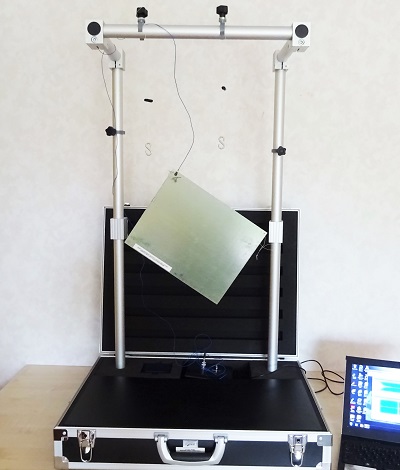 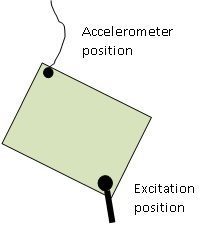 Diagonal suspension of the plate. Fix the accelerometer in one of the corners of the plate and excite the plate in another corner.

In this configuration, two modal shapes are easily excited (torsion and breathing) because they show a vibration amplitude in all the corners (see moving modal shapes below). 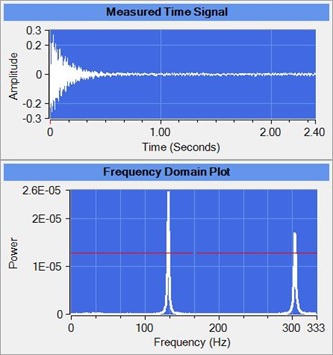 The resonalyser software can take the mass of the accelerometer into account in the numerical model. The user must indicate the value of the Mass and the position. In the example below the Mass value is 0.0012 kg and the position is Node number 73. 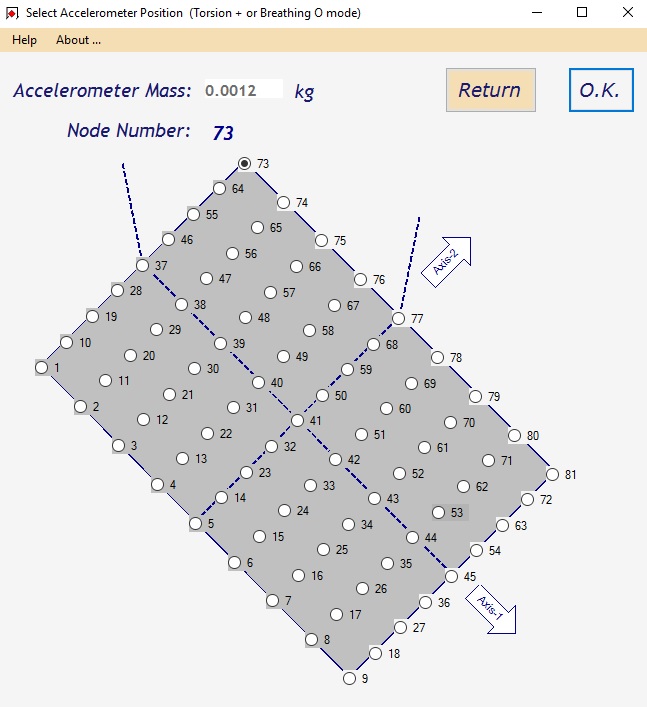 2) Measurement of the frequency associated with the saddle modal shape 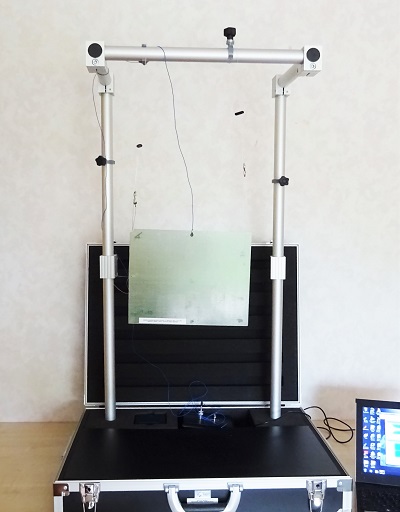 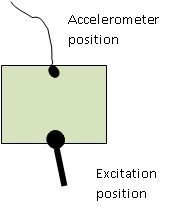 In this configuration, the modal shape of the Saddle modal shape is easily excited because it shows a vibration amplitude in the middle of the edges (see moving modal shape below).

The measurement screen of the resonalyser shows a clear resonance peak (in this example at 269 Hz). 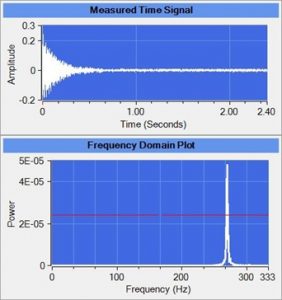 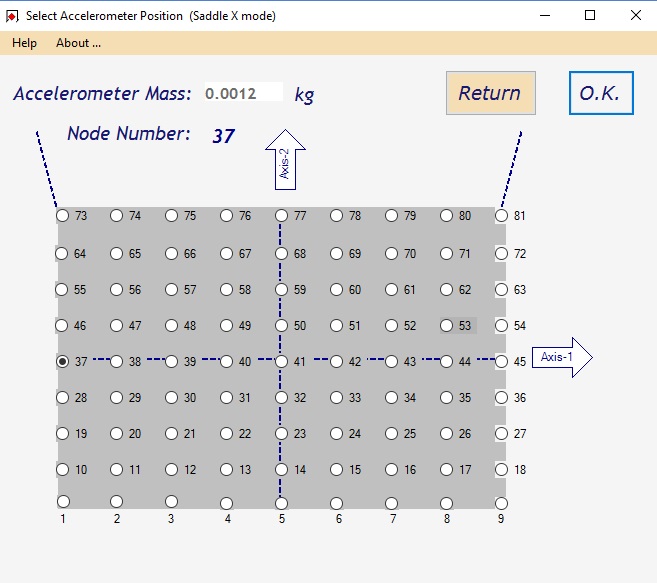 3) Identification of the damping ratios associated with the modal shapes 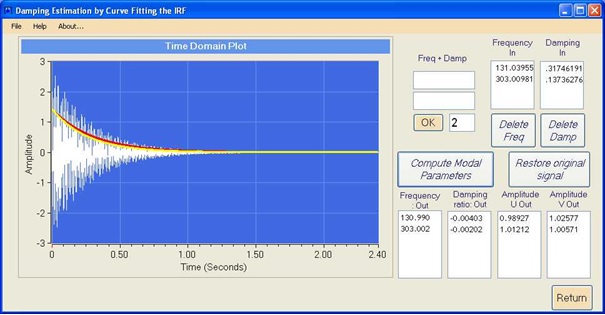