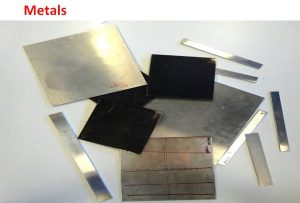 The Engineering constants E, G and v can be identified with 3 resonance frequencies measured on a square test sheet. Hence, no test beams are necessary.

Because many metal sheets are manufactured with hot or cold rolling, the material properties are oriented in the rolling direction and in the direction perpendicular on the rolling direction. Therefore they are not “perfectly” isotropic. Depending on the temperature and the thickness of the metal sheets the deviation of the global Engineering constants from Isotropic behavior can be neglected or can be rising up to 10%. The Resonalyser procedure on a square test sheet, considered as globally isotropic material, yield a global average over the area of the sheet. This is the value engineers can use in software packages for designing metal sheet parts. The Resonalyser automatically provides a result together with an uncertainty value. The more the metal test sheet deviates from perfect isotropic behavior, the larger the computed uncertainty bounds will be.

The resonalyser procedure can also identify the Engineering constants of metal sheets, considered (correctly) as Orthotropic material due to the rolling during manufacturing.

The stiffness behavior of orthotropic composite plates can be described by 4 Engineering Constants: 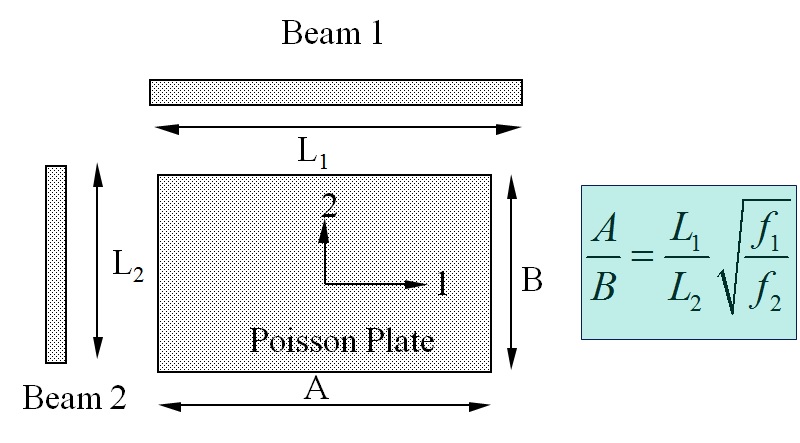 Example: Measurement on a test beam

2. Measurement of the 3 first resonance frequencies of the Poisson plate
Plate measurement

The resonalyser procedure for orthotropic metal materials is illustrated in the next example:

Identification of an Orthotropic Aluminum Sheet

Example: Measurement on a test beam