The measured resonance frequency for Beam 1 had a value of 296.5 Hz and for Beam 2 a value of 294.6 Hz. The aspect ratio is hence very close to 1 (isotropic material). With the above information, the aspect ratio for a Poisson plate could be kept approximately as 1 (thus square as for a perfect isotropic plate). The square plate was cut according to this aspect ratio with the following dimensions: 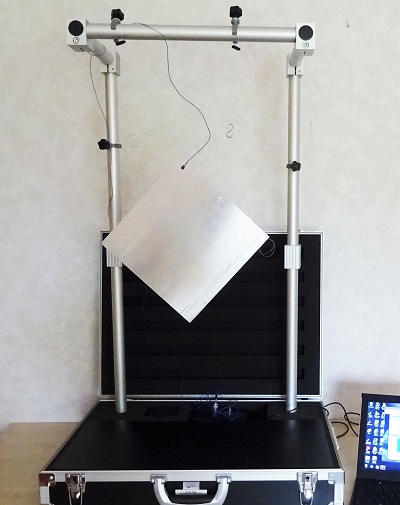 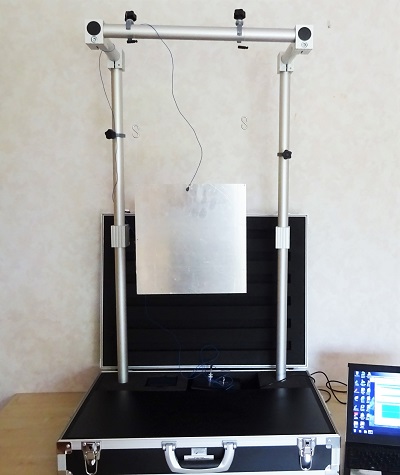 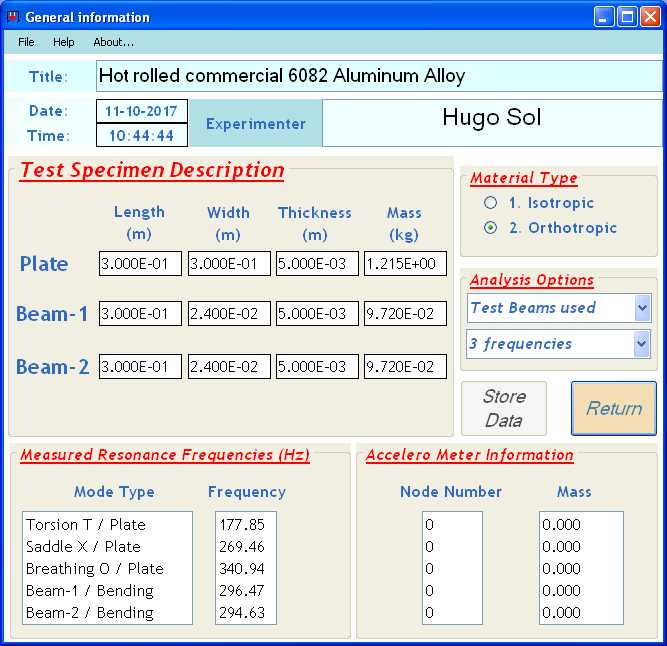 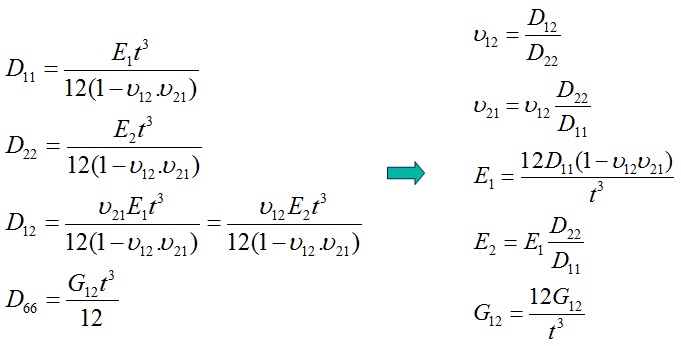 The figure below shows a screenshot of the obtained results for the Engineering Constants E1 (Young’s Modulus in the 1-direction), v12 (Poisson’s ratio) and G12 (In-plane Shear Modulus), the plate rigidities D11, D22, D12 and D66 and uncertainty bounds on the identified plate rigidities. 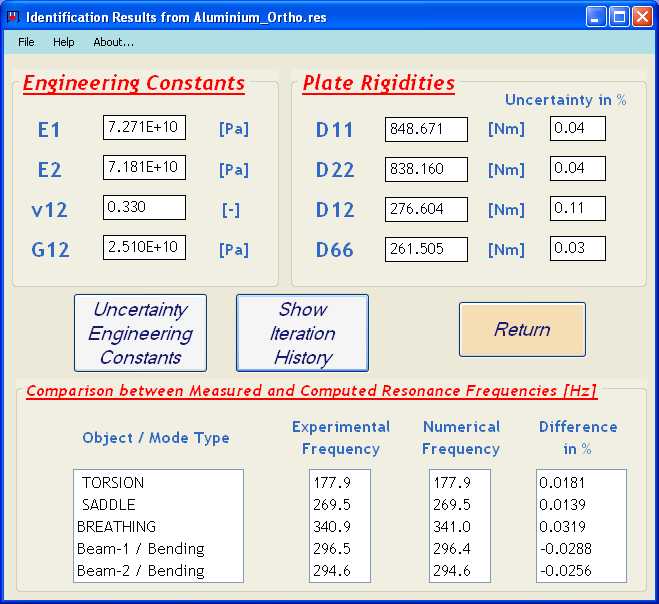 It can be seen that the Experimental frequencies and the Numerical frequencies match very well. This indicates that the quality of the test plate is good (homogeneous material properties all over the plate area) and that more accurate results are obtained by considering the plate as orthotropic instead of isotropic (see Isotropic Aluminum example). As a consequence, the computed uncertainties on the orthotropic plate rigidities are very small. 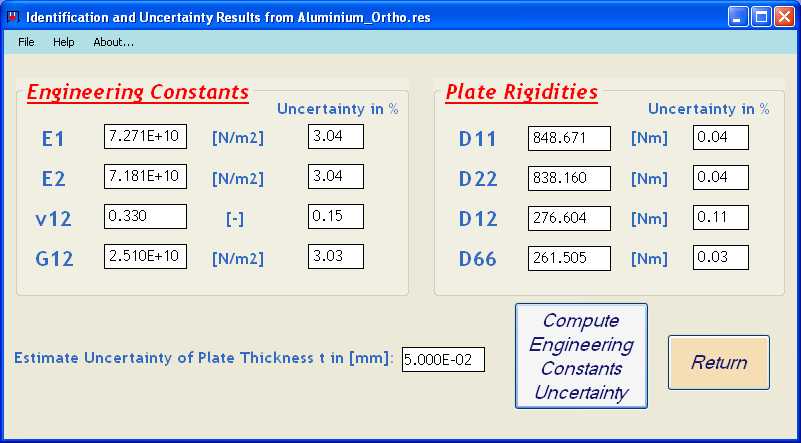 More details about this example can be found in a published journal: Metal plates NDTE 2003

A summary report of the data and the results is automatically stored in a .TXT File. The report file for this example is given below.